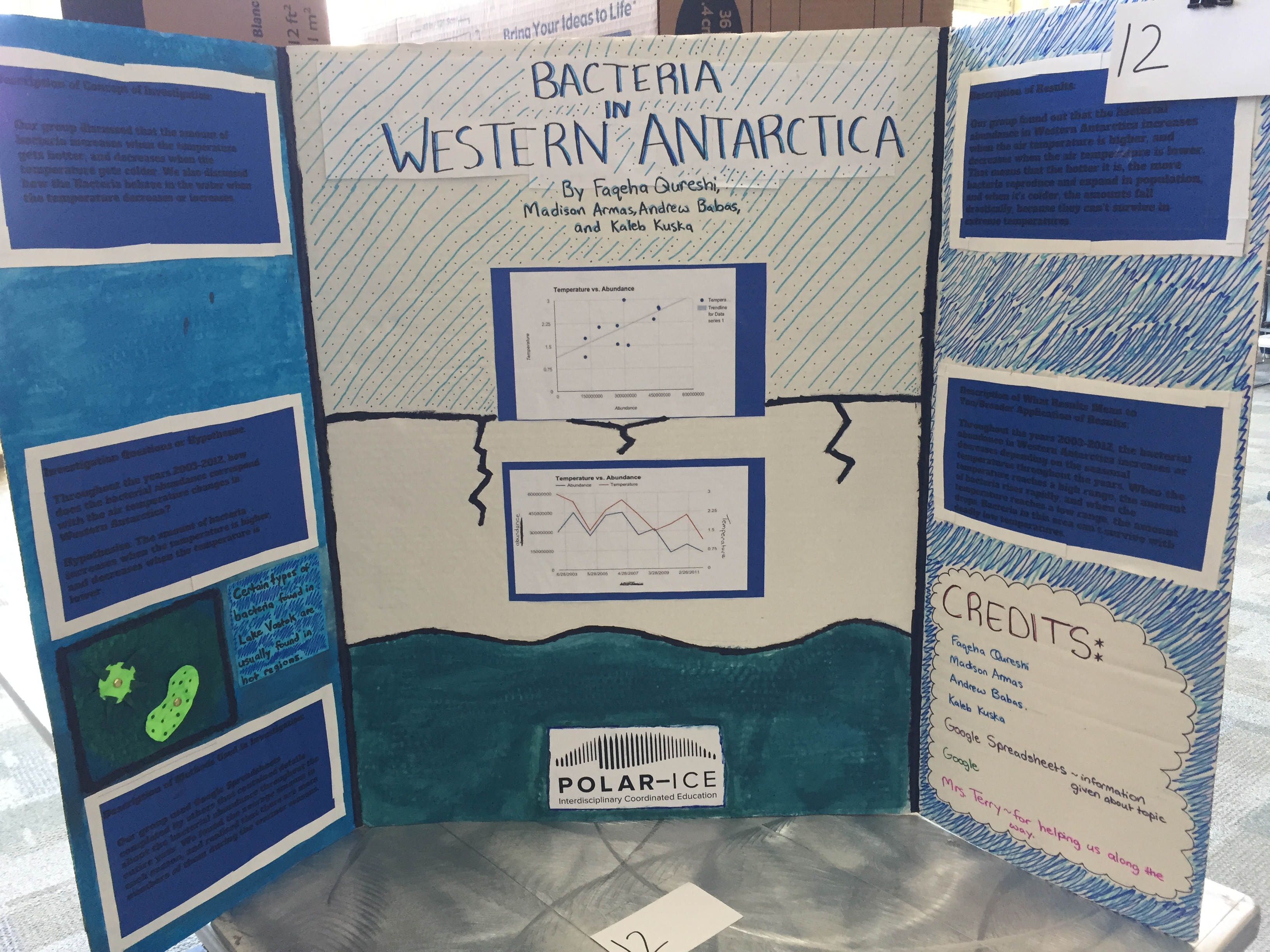 There was a buzz in the air as the students talked through how the ecosystems of Antarctica had changed over time.

Were we witnessing a class report on Antarctica that they had looked up on google? No!

On February 24, 2017 we were at the Student Polar Research Symposium (SPRS) at California State University Monterey Bay. Students presented their results and findings to polar scientists and to one another as a culminating event to the Sci-I project.

The Symposium excites and engages students about the poles and science by enabling students to act as science communicators and peer educators. Polar ICE Science Investigations (Sci-I) Project is designed to increase educator and student skills in designing and conducting science investigations as well as analyzing and interpreting data in alignment with Next Generation Science Standards (NGSS) requirements through the lens of polar science. The Sci-I Project is a year-long project that consists of: You’re the Expert Podcast with Oscar Schofield is OUT! Drones at the Long term Ecological Research (LTER) at Palmer Station
Scroll to top