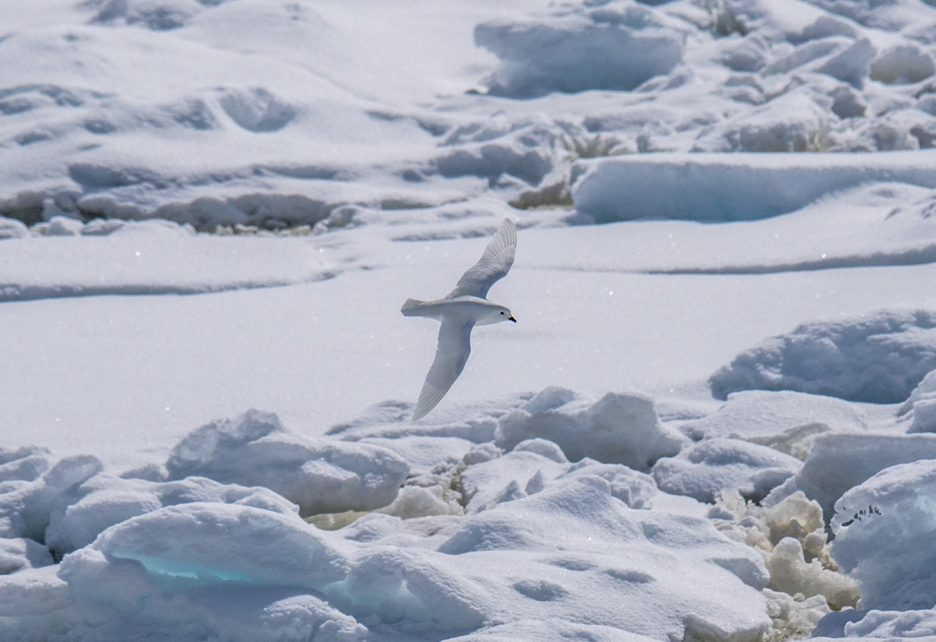 A beautiful white bird just flew by and I have no idea what species it is. I almost missed it with how well it blends in with its surroundings.

Let’s try and identify it with a dichotomous key I created just for this challenge – download by clicking on this link: ID Antarctica Week 1 Key.

This style of key is easy to use. Dichotomy is based on an old Greek word that means “dividing in two”. Therefore, we start at the beginning with a question that has two choices based on the animal’s appearance. One choice will lead us to another set of choices, then another, and another, until eventually we arrive at an identification. It’s important to consider your choice carefully and start at the beginning, and to not skip ahead, or you will end up with the wrong identification.

Most people call animals by their common names, like a dolphin. To prevent confusion between different species and languages, scientists usually call animals by their scientific names. For example, a bottlenose dolphin has the scientific name Tursiops truncatus. The first part, Tursiops, is the genus. A genus is a group of related animals. In this case, it would be a group of similar species of dolphins.

The second part, truncatus, is the specific name for this animal. We say Tursiops spp. if we are referring to multiple species within a single genus. Scientific names are based off another language (Latin) which is why they appear foreign. Also, both parts of the name are italicized. In this key, I will include the common names of the animal in parenthesis.