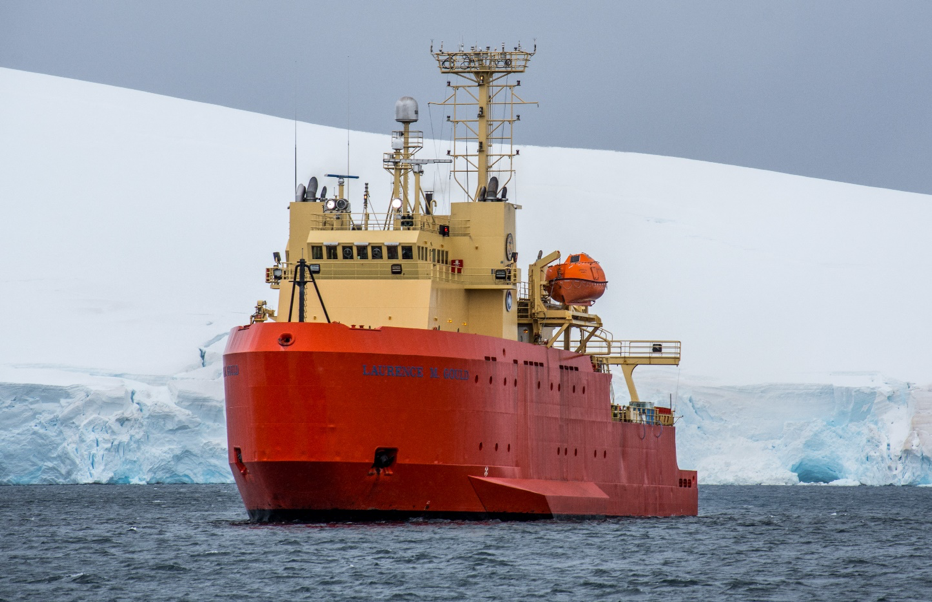 Welcome to the first post of our I.D. Antarctica series. Over the next 6 weeks, Andrew Corso, a PhD candidate at the Virginia Institute of Marine Science, will post weekly “mysteries” during his research cruise off the coast of Antarctica. This is his first post from the Southern Ocean. 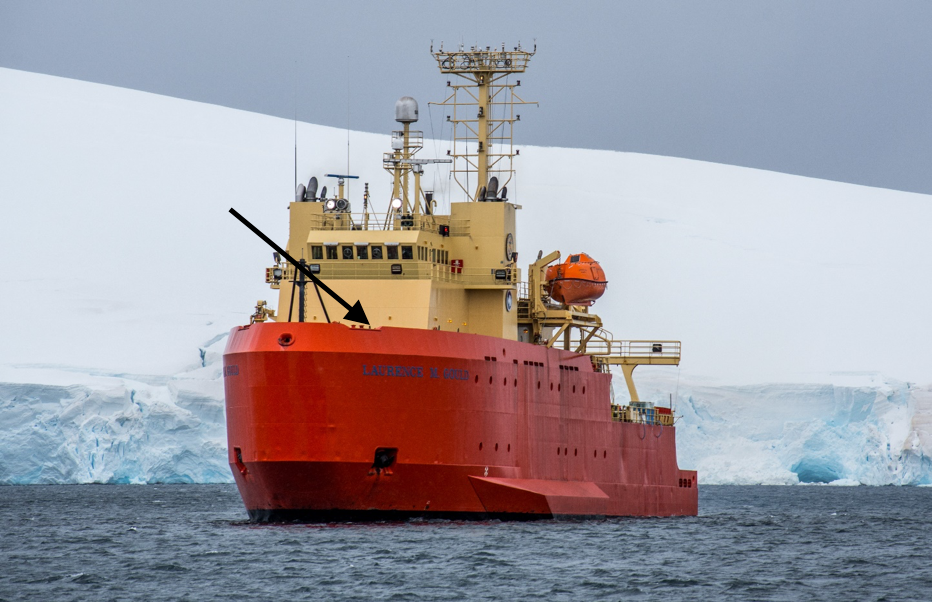 Greetings from Antarctica! We left from the tip of Chile in South America on our research vessel, the R/V Laurence M. Gould. After crossing some of the roughest seas on Earth, we have arrived near the Western Antarctic Peninsula. Here is a picture of the entire ship sitting in front of a glacier, I am standing in the front part of the ship where the black arrow is pointing. 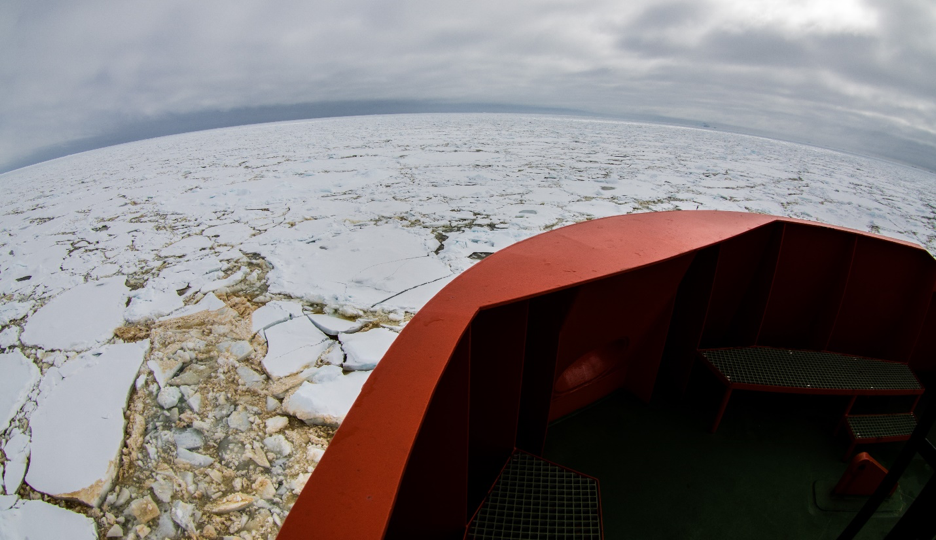 As you can see, we are completely surrounded by sea ice. Hopefully, our skilled captain and crew are able to navigate the dangerous ice safely and we don’t get stuck (which has happened before)! That’s the front (or bow) of our ship in red.

You may notice the ice is cracked where we have already broken through and is reddish-brown in areas. I wonder, what might cause the ice to get discolored? Do you have any ideas?

Much of this type of ice forms each year during the Southern Hemisphere’s fall (during our springtime in April). It thickens during the 24-hour darkness of winter, and partially melts during summer. When there is enough light in early spring, whole communities of microscopic organisms called algae form below, and within, the sea ice. They convert sunlight to energy through a process called photosynthesis and serve as a valuable food source for all the marine creatures that live underneath the ice. These algae are what give the underside of the sea ice its rust (or even greenish) coloration. We can see the underside only because some pieces have flipped upside-down after we broke through. I expect we will be able to explore these under-ice communities more closely later in the research cruise!

Look for Andrew’s next post on Tuesday, January 14, with our first mystery creature to identify.  If you will be following along with your school, please comment below with your school name and city, so we know you are part of the mission!

Connect Your Students with Scientists in Antarctica