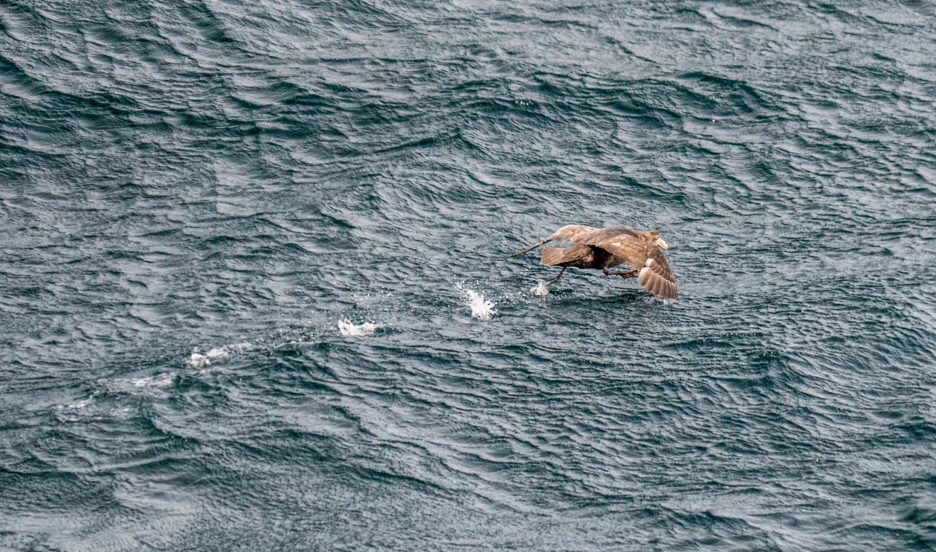 Hello again! We made it out of the sea ice and we are currently searching for whales to try and tag.

Were you able to identify the mystery creature in I.D. Antarctica #1?  I hope you were all able to understand how to use the dichotomous key.  The correct bird species is Pagodroma nivea, or the snow petrel. They are one of the most abundant (and beautiful) Antarctic birds. While there are dozens of bird species that are found in Antarctica, the snow petrel is one of the few species that breed and nest exclusively on the continent. They’ve even been observed near the South Pole! Their white coloration allows them to camouflage with the ice and hide from other, larger birds trying to eat them.

The snow petrel mainly eat Antarctic krill, a small shrimp-like animal from the ocean. They fly over the ocean’s surface and grab the krill out of the water with their bill. If you look closely at the snow petrel’s bill, you can see a small bump on top. They use tube this like a hose to spray out all the sea water they accidently drink while they eat krill.

The name “petrel” developed from an old story of a person named Peter who was said to be able to walk on water. The snow petrel (and other petrel species) often appear to walk on water because they fly so closely. They also sometimes walk along the surface to help them take off, like the juvenile Macronectes giganteus (southern giant petrel) below!

Our team will be headed out on the ship to collect more specimens.  I’ll post a photo of a new mystery creature next Tuesday, so be sure to check in for our next challenge!