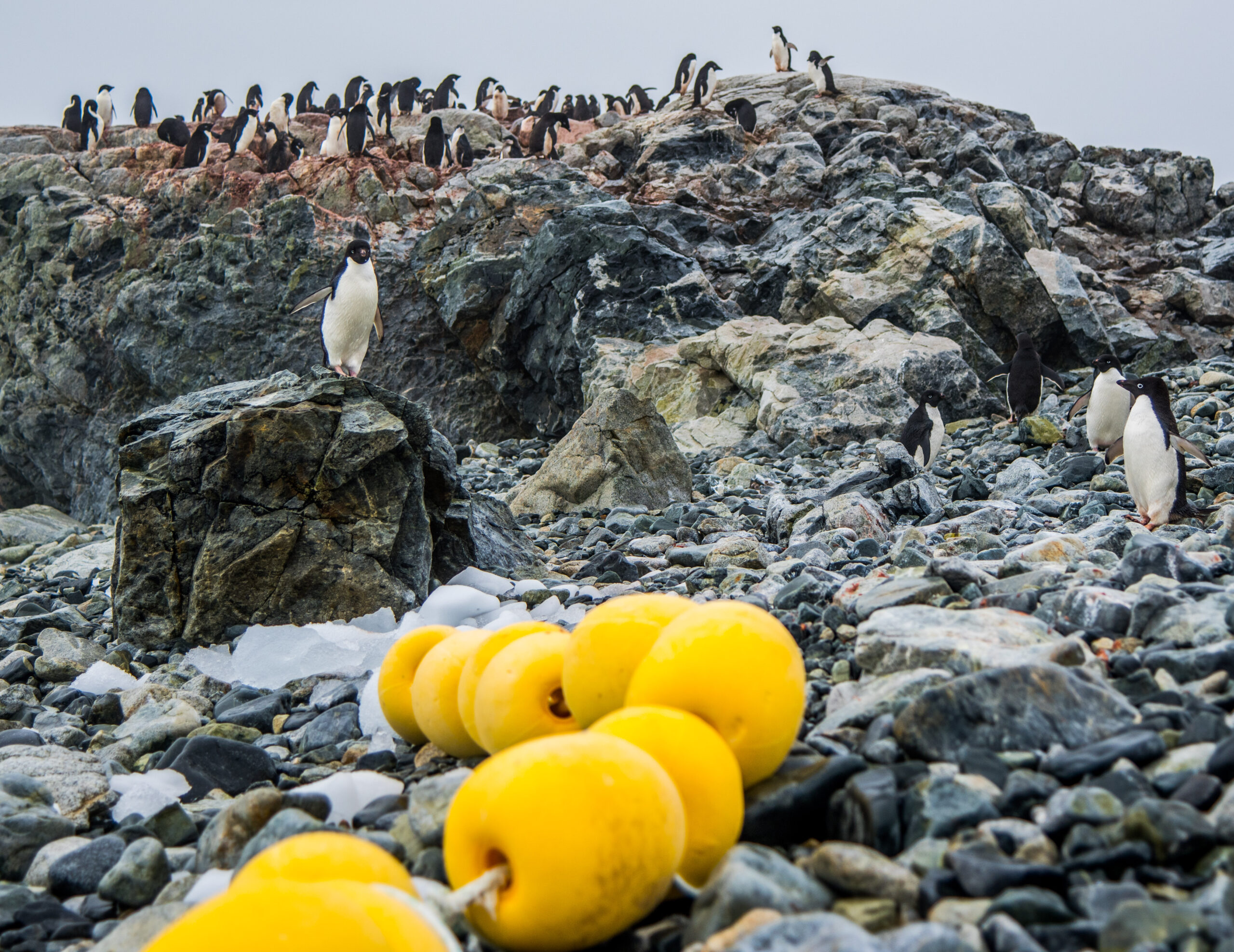 Hello! I hope you all had a fun time trying to identify these sea birds.  I’m sure you realized these are penguins – were you able to identify the species? 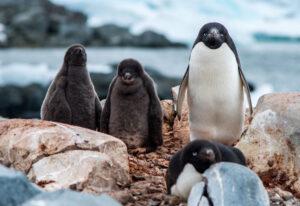 This is an adult Adélie penguin (Pygoscelis adeliae) standing with its two chicks. They are probably a little over a month old!

Did you identify the different penguin species in this photo? 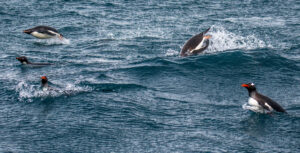 The two birds in the upper left corner are Adélies. The other three, with orange beaks, are gentoos (Pygoscelis papua).  It was difficult to identify the penguin with its head under water. We got another look at it when it surfaced.

The swimming penguins are hunting for food. They primarily eat krill (like the one from last week’s post!) and several species of fish. It takes Adélies about 6 hours to find enough prey for themselves and their chicks. They swim up to 15 miles away from their colony in search of food! When they arrive back to their nests, they regurgitate the prey for their chicks to eat.

Penguins are incredible swimmers and look like torpedoes flying through the water. However, they can be a little awkward waddling around on land (which makes them even cuter).

Sadly, populations of Adélies penguins in the Western Antarctic Peninsula are not doing well. In this region of Antarctica, the sea ice is seasonal; it grows every winter and shrinks every summer. Due to climate change, sea ice has been shrinking more and growing less. Since the 1970s, the part of the year with sea ice has decreased by nearly three months. 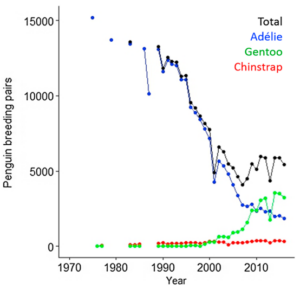 This graph was created by Dr. William Fraser and his team. They are also part of the Palmer LTER program, and they are responsible for documenting the rapid changes in penguin populations.

There is a third type of penguin here, the chinstrap. Any ideas why their population hasn’t changed as much?

In addition to the threats of climate change, we are finding more trash in this region each year. It often washes up onto shore and can cause health issues for seals, penguins, and other seabirds. At Torgersen Island, we found a long string of buoys used for fishing nets that washed up near an Adélie colony. We made sure to remove it before we left. 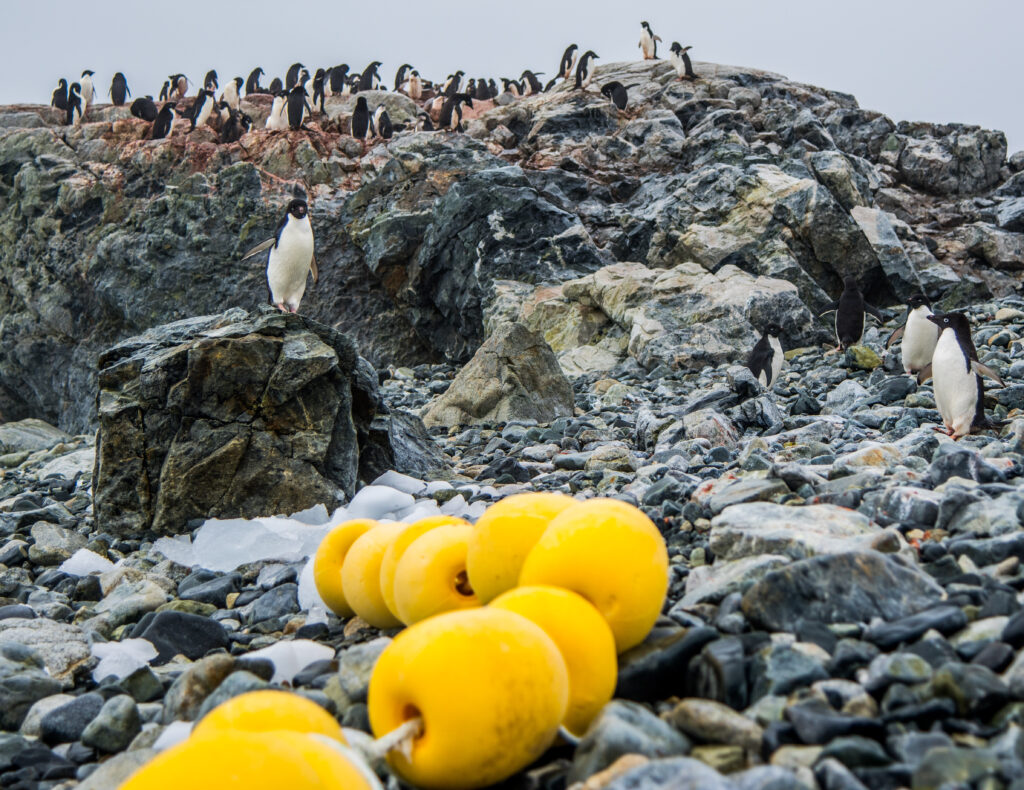 We are now going back across the Drake Passage to return to the southern tip of Chile!  You can look it up on a map to see the route we are taking from Palmer Station.  This part of the Southern Ocean is notoriously rough, so hopefully we don’t encounter any big storms. I will share a final post when we safely return to our port in Punta Arenas, Chile.