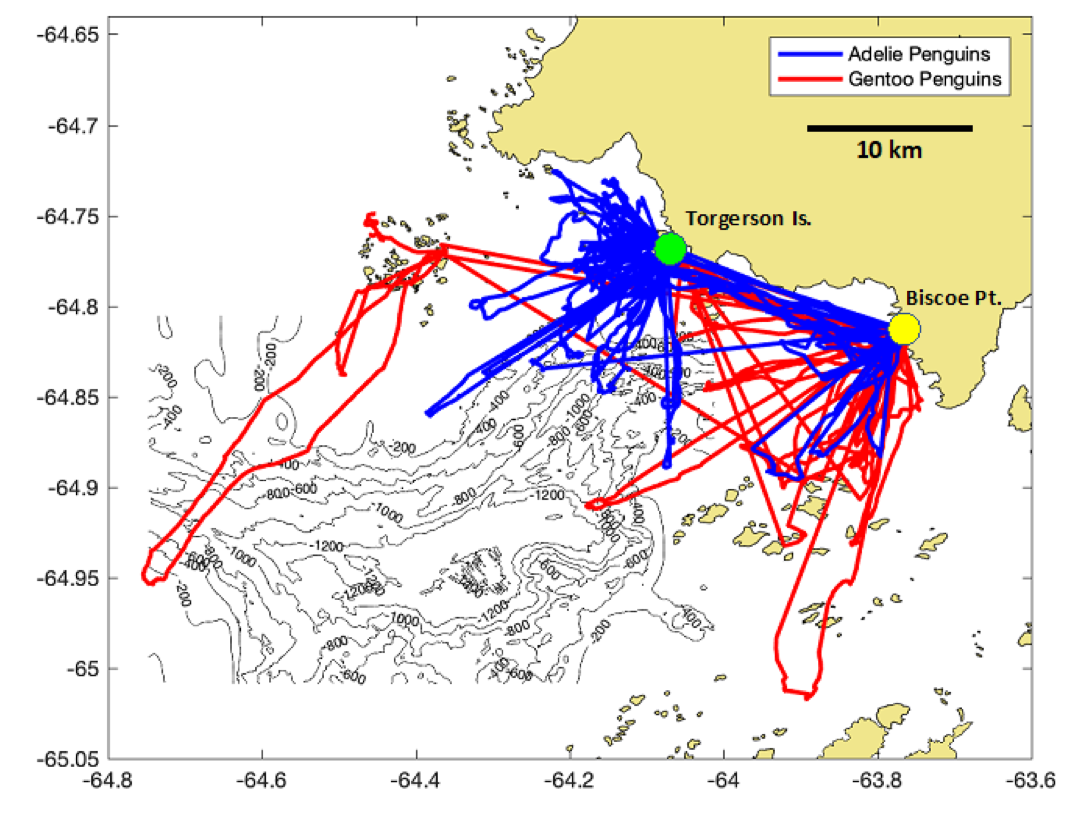 What can penguins teach us about the ocean?

You can also download this activity as a Word Doc: Data Swarm Activity #5.

In our previous dispatches, we shared the data and technologies allowing us to understand how the ocean conditions are changing. The data included physical measurements like water currents, water temperature, and water salinity and the biological measurements of phytoplankton and krill. This week we focus on the final ecological piece of the SWARM project, the penguin. Penguins are a key krill predator in this region and must find enough krill to not only support themselves, but their chicks as well. 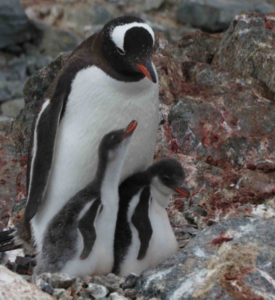 SWARM scientists use a technology called tags to track the location, movement and dive behavior (depth and duration) of krill foraging penguins combined with the ocean measurements collected by the HF radar, moorings, underwater gliders, and small boat surveys.

The SWARM project is trying to understand the cues that penguins use to find food and how the ocean conditions we are measuring help us to understand what they already know!

How are penguins tagged? 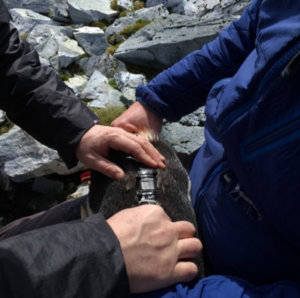 Penguins are outfitted with small GPS receivers which are wrapped in waterproof adhesive-lined shrink wrap. We lift small sections of a penguin’s feathers, place narrow strips of a very strong tape under the feathers, and set the GPS receiver on top of the feathers. This gets wrapped in a bit more tape and some plastic cable ties to keep it securely fastened to the penguin’s back. We leave the GPS receivers on for 3-4 days, during which penguins usually take at least a few foraging trips. When we remove the GPS receiver, we download the data and can map all of the foraging trips. Some penguins are also outfitted with a small time/depth recorder (TDR); the TDR will tell us exactly how deep penguins dive during foraging trips. 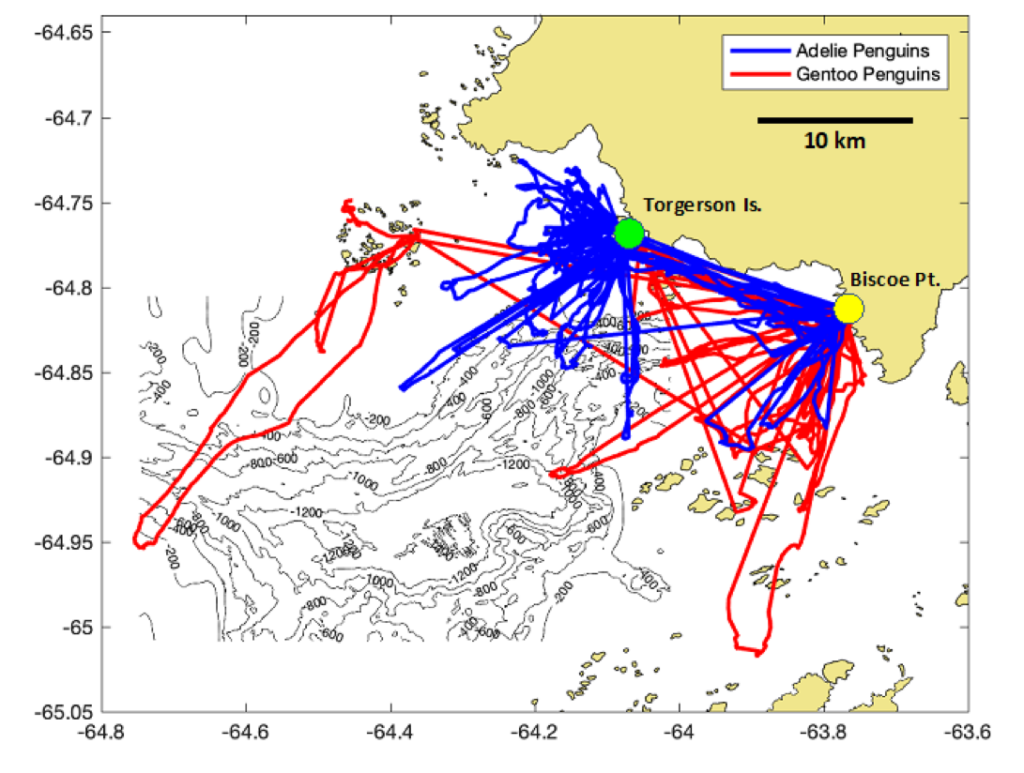 1. Places where large groups of penguins live together are called colonies. Using the penguin tracking data above, list the locations (latitude and longitude) of Adelie penguin colonies.

2. List the locations (latitude and longitude) of Gentoo penguin colonies.

3. Which penguin species swim further from their colony?

4. Why do you think penguin tracks are directed toward and away from the colonies?

5. Explain if you think the two penguin species share or do not the same krill foraging area.